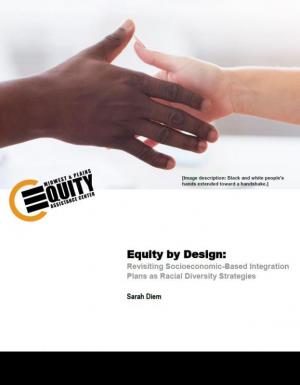 It has been over 12 years since the U.S. Supreme Court handed down its decision in Parents Involved in Community Schools v. Seattle School District No. 1 (2007), which forced school districts to begin thinking of new ways to integrate their schools without relying on race as the sole factor in their assignment plans. While some school districts implemented race-neutral plans prior to the decision, many have done so since using a variety of factors resulting in mixed outcomes when it comes to maintaining racial diversity in their schools. In this Equity by Design brief, Dr. Sarah Diem will revisit a study she conducted on three school districts just two years after the Parents Involved ruling to see how their integration plans have changed over time to address demographic changes in their districts and communities, and to see whether these changes have resulted in racial diversity.