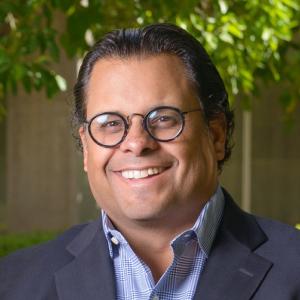 Bryan McKinley Jones Brayboy (Lumbee) is Vice President of Social Advancement at Arizona State University, and President’s Professor of Indigenous Education and Justice in the School of Social Transformation. He is senior advisor to ASU President Crow, director of the Center for Indian Education, and co-editor of the Journal of American Indian Education. From 2007 to 2012, he was visiting President’s Professor of Indigenous education at the University of Alaska Fairbanks. He is the author of over 100 scholarly documents, including as author/editor of eight volumes, dozens of articles and book chapters, multiple policy briefs for the USDOE, National Science Foundation, and the National Academy of Sciences. His research focuses on the role of race and diversity in higher education, and the experiences of Indigenous students, staff, and faculty in higher education institutions. He has been a visiting and noted scholar in Canada, Australia, New Zealand, and Norway. His work has been supported by the U.S. Department of Education, the National Science Foundation, the Ford, Mellon, Kellogg, and Spencer Foundations, and several other private and public foundations and organizations. He and his team have, over the past 17 years, prepared more than 155 Native teachers to work in American Indian communities and more than 15 American Indian PhDs. He is a fellow of the American Educational Research Association and a member of the National Academy of Education.